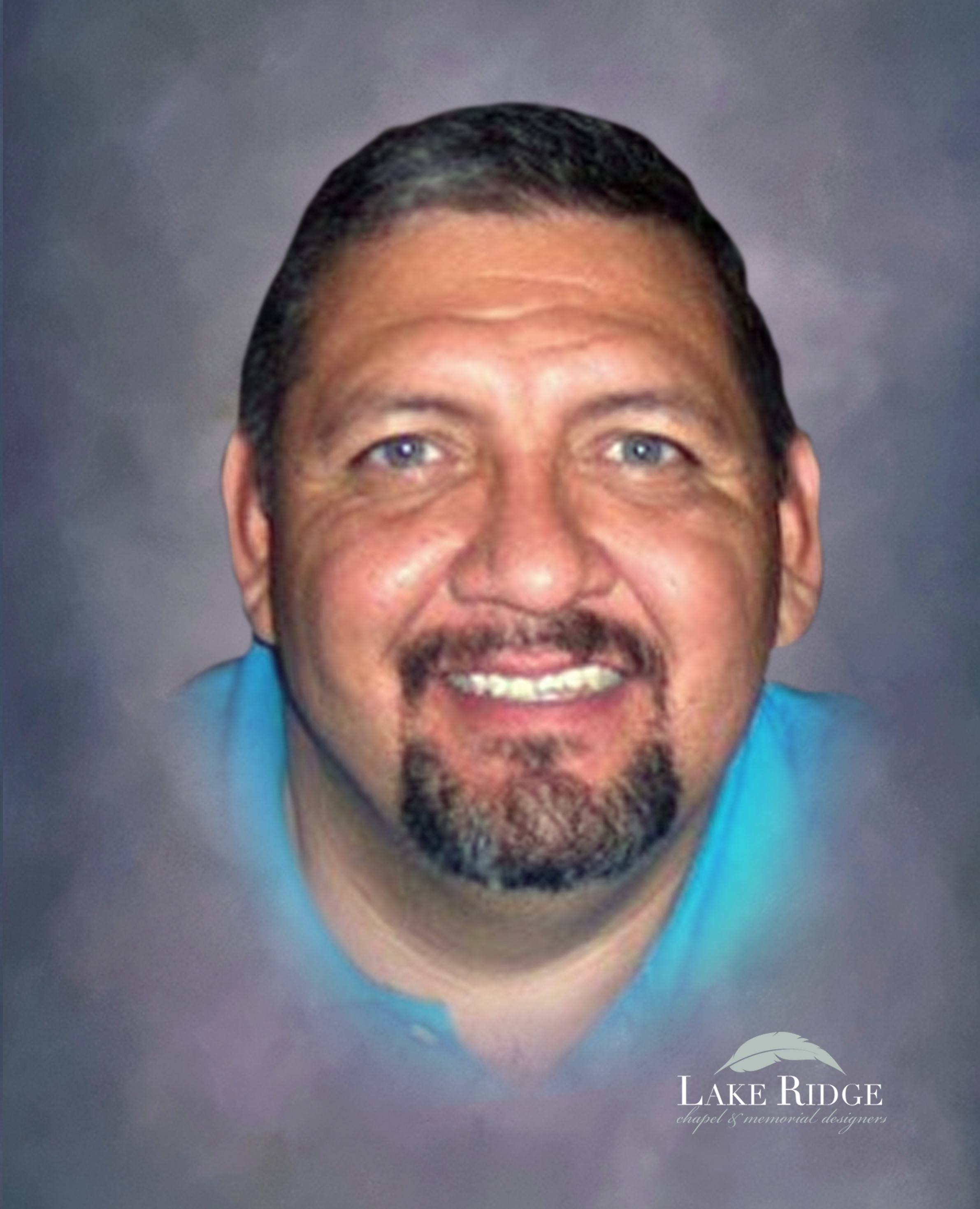 The family of Edwardo “Coach Ed” Elizondo will host a celebration of his life from 4:00 pm to 6:00 pm, Thursday, December 31, 2020, at Lake Ridge Chapel and Memorial Designers. He gained his Heavenly wings on Wednesday, December 23, 2020, at the age of 51 in Lubbock, Texas. As per government mandate, face coverings are mandatory while attending the visitation. You are encouraged to sign the virtual guestbook and share memories and expressions of sympathy on this page.On May 8, 1969, Edwardo was born to Paz and Nolverta Elizondo in Littlefield, Texas. Raised in the supportive community of Spade, Texas, he was proud to be a Longhorn. He spent the majority of his time in the basketball gym and helping his dad raise livestock. He was the valedictorian graduate of Spade High School and always kept his Spade Class of ‘87 near and dear to his heart. He ventured out to St. Edward’s University (Austin, Texas) where he went on to play basketball and met his soulmate and love of his life, Maria Luisa. Ed and Luisa married on March 9, 1991, in Anton, Texas. He graduated Magna Cum Laude from St. Edward’s University. Shortly after, he became known as “Coach Ed” when he began his teaching and coaching career as an assistant at SEU. He then decided to return to his high school alma mater to continue his coaching and teaching career. He went on to make a significant impact upon thousands of lives all over the state of Texas as he made career stops in Motley County, Amherst, Sharyland (Mission, Texas), Sands (Ackerly, Texas), and New Home. Coach Ed loved being with his family, teaching his students, playing and talking about basketball, vacationing on the beach, and making new friends. After he retired from his teaching and coaching career, Ed continued to spread his love and kindness to everyone he met while working at Fitness Zone (Brownfield, Texas), Cash America Pawn (Lubbock, Texas), and B&J Welding Supply (Lubbock, Texas). He made countless friends and shined his light on countless others. He was known for his contagious smile and infectious attitude. Ed truly never met a stranger in his life.Survivors include his wife, Luisa Elizondo; their children, Xavier (Melissa) Elizondo, Clarissa (Dylan) Elizondo, Miguel Elizondo, Alyssa Elizondo, Ane Elizondo; grandchildren, Natalye Elizondo, Alex Elizondo, and Jasmin Elizondo; granddogs Kora, Schnazzy, Poodle, and Ash; grandcat Hiro; dearest friend and brother Michael Reed; coach, mentor, and dear friend Robert Ridgely; siblings Eusebia (Lolo) Sierra; Cirilo (Sherrill) Garza; Janie (Joe) Garcia; John (Betty) Elizondo; Eliseo (Monica) Elizondo; Paz Junior (Loretta) Elizondo; and Estella Elizondo; several aunts, uncles, cousins, and many other relatives.He is preceded in death by his mother, Nolverta Elizondo; his father, Paz Elizondo; brother Ricardo Garza; Schoolmates Richard Likes, Robert Sanchez, and Donald Willis.His family is saddened by his sudden departure at the hands of COVID-19 related pneumonia but is assured he is finally at peace on God’s celestial shores with those that have preceded him in death.