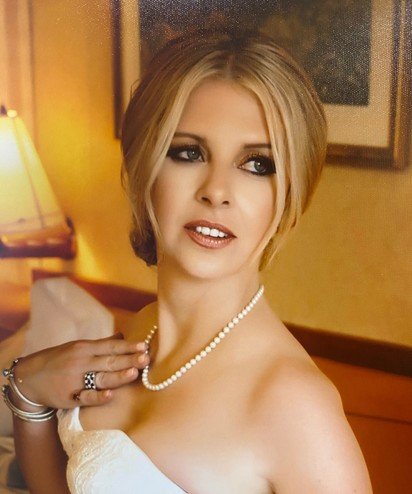 Tiffany Ann Smith of Arlington, Texas, was granted her angel wings on December 16, 2020, at Harris Methodist Hospital-Ft. Worth.Born November 10, 1979, in Austin, Texas to Donald A. Smith and Yvonne Bonnie Smith, Tiffany loved to water ski on Canyon Lake near San Antonio and was an avid dancer. After graduating in 1998 from Smithson Valley High School, where she was a member of the drill team, Tiffany continued her education at Texas Tech University and was a member of Alpha Chi Omega sorority, ultimately earning her Bachelor’s Degree in Business Administration from Wayland Baptist University.Tiffany married the love of her life, Matthew Alexander Lucchesi, on May 24, 2018, and made Arlington their home. They shared a passion for traveling and spending time with family and friends.As Director of Sales at Marriott’s DFW Airport South, Tiffany so enjoyed the many professional and collegiate athletic teams she hosted at the hotel. She won many awards during her career including Sales Director of the Year.She was active in the community serving on many boards including Junior Women’s Club, Junior League, Hotel Association of Tarrant County, and Euless Parks Board.Tiffany devoted her life to helping others and always went above and beyond what was expected such as volunteering for Make-A-Wish and Presbyterian Night Shelter. A dear friend to many, she will be missed immensely by those whose lives she touched.She was preceded in death by her parents and her maternal grandmother, Johnnye Durham Smith.She is survived by her loving husband, Matthew; her grandfather, Donald G. Smith of Houston; aunts Lora Jones of Bluffton, SC and Michelle Zschappel of Houston; great aunt, Peggy Durham of Pecan Gap, TX, and cousins Meg Zschappel, Sarah Zschappel, Katie Audas and Abby Jones.A remembrance gathering will be held at The Old Hickory Vineyard Patio & Bacchus Room in The Gaylord Texan, this Sunday, December 20th, at 12:00 p.m. Burial will take place at a private ceremony in Lubbock, Texas on Monday, December 21st at 3:00 p.m.