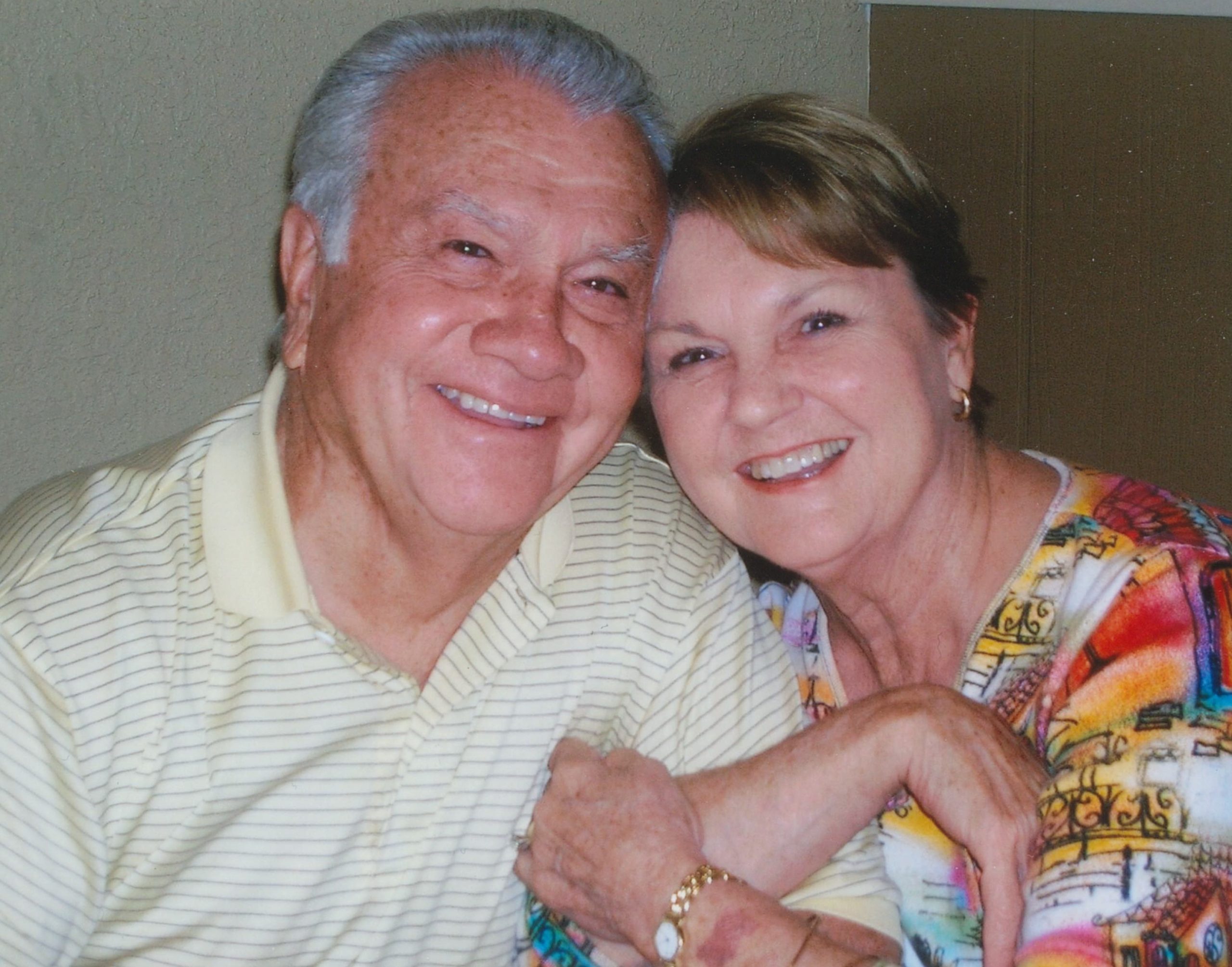 Steve John Reis, 88, passed away Sept.6, 2022, at Covenant Hospital in Lubbock, Texas, surrounded by family. Steve was born in Linton, North Dakota, to German immigrant parents John and Eva Reis on December 26, 1933. Steve had four brothers and four sisters who remained close throughout the years, managing every few years to meet in Bismarck, North Dakota, for family reunions. Steve was raised on a family farm in Bismarck, where he attended St. Mary’s Catholic school. In school, Steve devoutly served Mass daily as an altar boy and learned to play chess while having lunch with the principal, a nun who loved the game and their daily match. He was first chair in the band and played the clarinet and saxophone. He was elected president of the school Band. Steve excelled in math and accounting classes and received the highest score on his accounting final in the state of North Dakota. Upon graduation, he was voted Outstanding Student and was interviewed by the local newspaper. The North Dakota Attorney General saw the article and asked Steve to lunch. The AG was President of Kappa Sigma Alumni and wanted to help Steve get into college with a recommendation to the fraternity. As a result, he was able to live for free in the fraternity house and earned his way by bussing dining room tables and working for Grand Forks Glass and Paint. He was also a member of Beta Alpha Psi National Accounting Fraternity and joined ROTC. He graduated from the University of North Dakota in 1955 with a degree in accounting. Steve was the first member of his family to attend college.

In middle school, as an 8th grader, he met Caroline Considine, a pretty little 7th grade girl. At age 10, he had a shoeshine business in the local downtown Patterson Hotel. He always had money in his pocket, which he put to good use wooing his new sweetheart. While walking home from school, they often stopped for an ice cream cone. During those high school years, they fell in love, and when Steve left for college, the separation was difficult. In 1952 after Caroline graduated from high school, Steve proposed, and they were married in St. Mary’s Church on July 19th. They recently celebrated their 70th anniversary. Steve and Caroline were truly devoted to each other, and their marriage was one of envy. They often said what kept their love strong was never forgetting that their relationship came first. Their Catholic faith, strong family traditions, and times together have left them with wonderful and happy memories.

After graduating from college, he honored his ROTC military commitment and entered the United States Air Force in 1956. He became a navigator and flew KC-135 refueling jets. While in the Air Force, he attended several academies and graduated Top of the Class. He was a candidate for Squadron Officers School in Montgomery, AL. He soon combined his duties as a navigator and was asked by a General to be his Operations Officer. Steve made Captain at a very young age and ranked #13 out of 64,000 captains in the USAF. The family moved many times but ultimately resided in Omaha, Nebraska at Strategic Air Command. He resigned from the Air Force in 1965 after a military friend convinced Steve to join him in a business venture.

Steve and Jim Remy opened the Ethan Allen Furniture Store in Lubbock, TX, in the fall of 1965. Jim later moved to Amarillo, where he operated their second store. In 1982, Steve asked his oldest son Steve to co-own and operate a third store in Tucson, AZ. It truly became a family business when Steve’s son Terry joined him in Lubbock at The Concord House. Steve’s daughter Cheryl was a designer in the store for many years. Sandy, another daughter found her calling and became a registered nurse in the ER. Steve was active in the stores for 35 years, where he was a member and President of the SW Furniture Association. In 1999 Steve and Caroline made the move to Tucson, AZ, and bought a home in Saddlebrook Active Retirement Community. Anyone who knew Steve knew that playing golf was truly something he could do every day; he loved the game and the camaraderie. One of his last tournaments was at age 80 with his grandson Matt. Playing golf with his family was always a highlight and a family Christmas tradition. Steve and his son Steve won many tournaments during those Tucson years. In Lubbock, he was a member of two Country Clubs and had many golf buddies who became lifelong friends. Playing cards was certainly another love he started as a young boy at home with his large family. The couples’ group of friends who ventured yearly to Pendaries, NM accounted for some wild and crazy stories filled with pranks and jokes … “What happened in Pendaries, stayed in Pendaries” didn’t apply to Steve. He especially loved playing golf with his wife Caroline in couples’ tournaments. Their weekly “Friday Night” dinner gatherings were special and never missed. Table plaques were hung at some of the gang’s favorite restaurants. They also enjoyed trips to Europe, Hawaii, and cruises to Mexico and Alaska. Steve was especially patriotic, and going to Washington D.C. to walk among the monuments and war memorials was checked off his bucket list in his mid-70s.

In 2018 Steve and Caroline moved back to Lubbock, TX, and lived at Raider Ranch, where they were able to truly “retire” and enjoy their last good years of active life with family and old friends. They recently moved to Legacy Assisted Living and have a caring staff that looks after them. Steve’s love of ice cream was well known by all the dining staff.

Steve and Caroline were active members of many Catholic communities throughout their lives, most recently Holy Spirit in Lubbock.

Palliative Care, floor 6, at Covenant Hospital took special care of Steve after a tragic fall with fatal injuries. The family wishes to thank all the doctors and nurses who assisted him and the family in his final days. A private family Catholic Mass will be held in the future. In lieu of flowers, prayers and shared memories would be greatly appreciated as the family navigates this difficult time.

Plant a Tree
Plant a Tree
Events
There are no events scheduled. To plant a tree in memory of Steve J. Reis, visit the Tribute Store
×
×