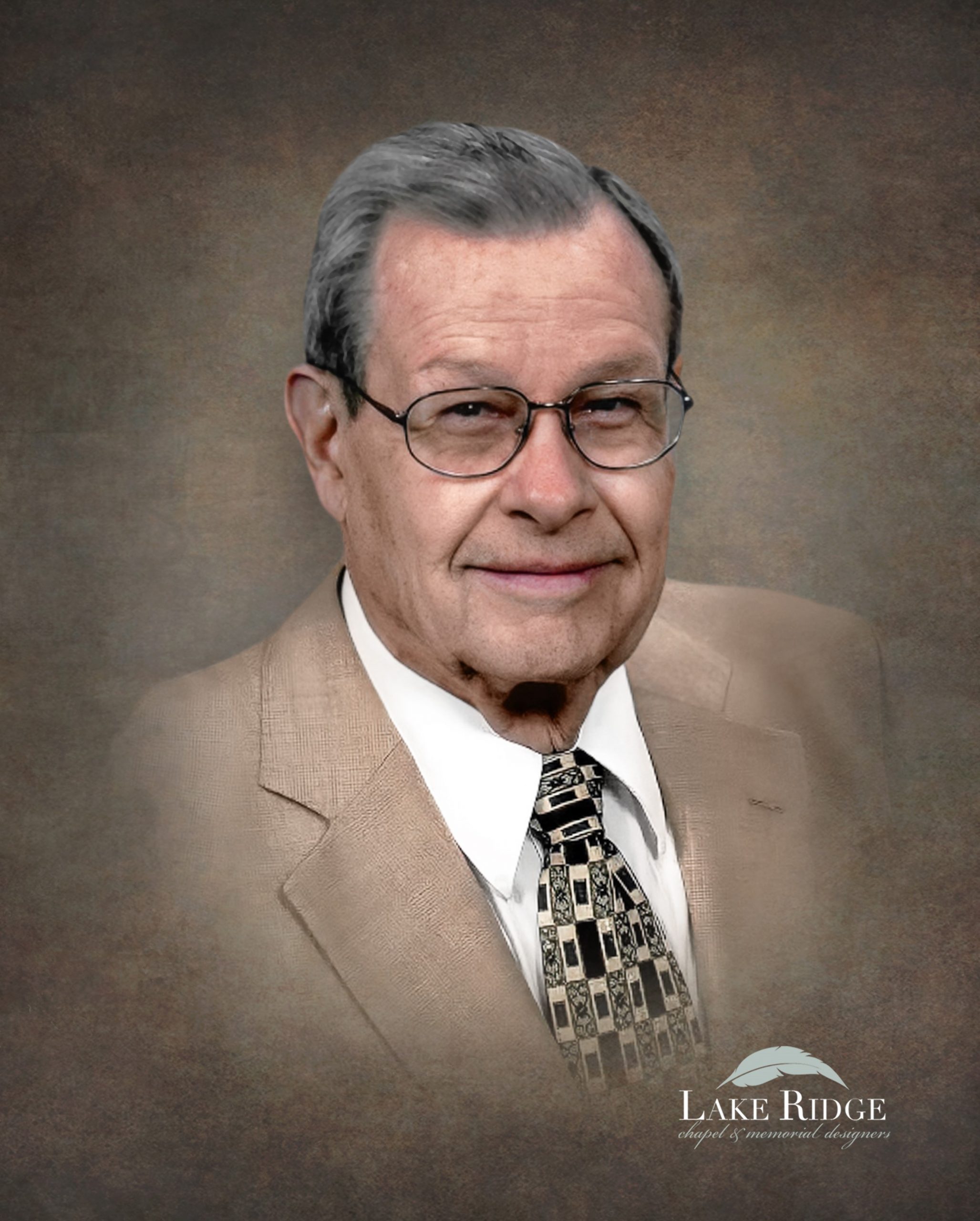 Lloyd Lavelle Davis, age 98, died peacefully at home on September 11, 2022.  He was born May 12, 1924, in Wichita Falls, TX, the second son of Ocie and Myrtle Davis.  Lloyd moved to Amarillo with his family when he was five years old.  He graduated from Amarillo High School, Amarillo Junior College, and the University of Oklahoma.  During high school, he worked many jobs – as a grocery clerk and delivering newspapers for and in the circulation department of the Amarillo Globe.

Lloyd served in the US Navy during WWII and was stationed at Norman, OK, where he attended the V-12 program and graduated from the University of Oklahoma with a BS degree in Electrical Engineering.  He was also stationed in Annapolis, Chicago, Gulfport, and San Francisco but never served overseas.  While stationed in Chicago, he attended electronics school.

While attending electronics school, he visited a small Methodist church nearby.  It was there that he met Dorothy Daniel, who played the organ at the church.  Dorothy’s family served Sunday lunch to the military men who attended the church service, and Dorothy’s mother would correspond with the soldiers’ families to let them know their sons were welcomed and appreciated guests in the Daniel home.

Lloyd was discharged from the Navy in 1946.  After corresponding with Dorothy for many years, he convinced her to marry him in 1949.  Lloyd worked for Southwestern Public Service Company for almost 40 years in Borger, Amarillo, Plainview, Lubbock, and Roswell.  When Lloyd retired in 1986, he was the New Mexico Division Manager for SPS (now Xcel Energy.)  The early days of Dorothy and Lloyd’s marriage took them to many small towns in West Texas and Eastern New Mexico, where Lloyd’s position involved the construction of electric transmission lines.

Lloyd was a registered Professional Engineer in both Texas and New Mexico.  Civic involvement was important to Lloyd, and he was active in organizations in every town where he lived.  Lloyd was appointed by Governor Preston Smith to the Texas Industrial Commission.  He was a chairman of the South Plains Chapter of the IEEE.  In Roswell, Lloyd was president of the Conquistador Council of Boy Scouts of America and was a Silver Beaver award recipient.  He served as a board member of Saint Mary’s Hospital in Roswell and was appointed chairman of the New Mexico State Transportation Commission.  In Plainview, Lloyd was president of the Chamber of Commerce and chairman of the Building Committee of First Presbyterian Church.  Lloyd was active in Rotary and was an elder in the Presbyterian Church.

Lloyd was predeceased by his parents; his two brothers, Buster of Richland, WA and Bobby of Moore, OK; his wife of over 60 years, Dorothy; and his daughter, Patricia Kidwell.  He is survived by his son, Gary Davis, and wife, Melanie, of Lubbock; his grandsons, Clark Davis and wife, Colleen of Charlotte, NC, and Greg Davis and wife, Sami of Tulsa, OK; and three great-grandchildren, Kate and Henry of Tulsa, and Marley of Charlotte.

During retirement, Lloyd was active with the LakeRidge Country Club Senior Men’s Golf Association and served as its secretary.  He was treasurer of the LakeRidge Villas Homeowners Association.  He became known as the go-to computer geek during the twelve years he lived at Raider Ranch and also oversaw the employee Christmas fund for many years.

In lieu of flowers, the family requests that memorials be made to the Hospice of Lubbock.