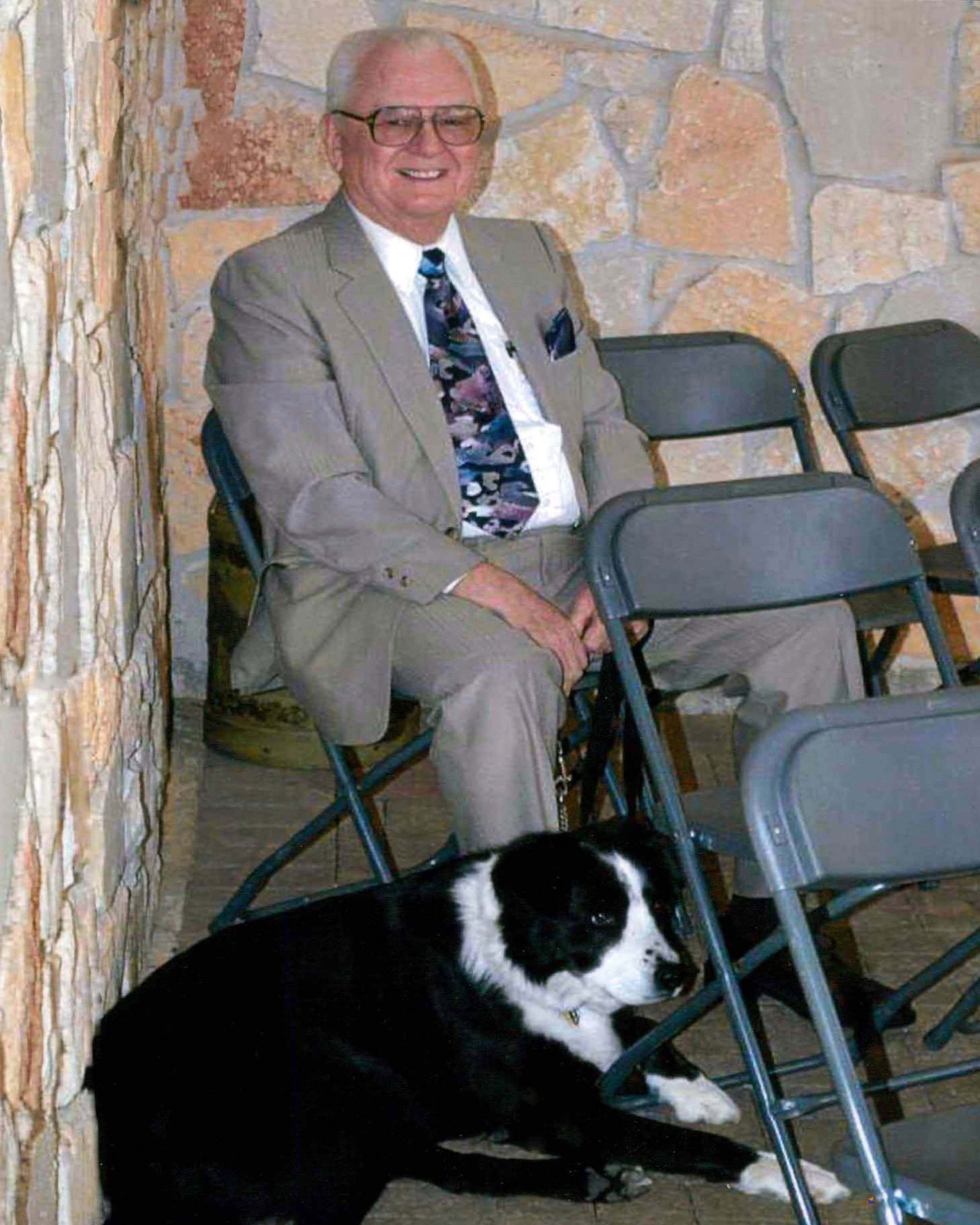 John Cornelius Schmitz, Jr. passed away on February 16, 2020. We will celebrate his life of 84 years at 3:00 pm on Thursday, February 20, 2020, at Westminster Presbyterian Church. Friends are invited to share memories and expressions of sympathy for the family to cherish in the area below the obituary.John was born on April 18, 1935, to the late John, Sr. and Edna P. Schmitz in Chicago, IL. His family lived in Marissa, IL. His years as a child were spent there. Eventually, his family moved to Biloxi, MS. While he was in high school, he was in the band where he played the saxophone. They made a move to San Antonio, Texas and he enlisted in the Air Force in February 1955. He joined to see the world but all he saw was Tulle, Greenland. He was discharged in the summer of 1958. John’s first solo flight was in August of 1958.He began attending San Antonio Junior College in the fall of 1958. At Christmas time, he met Betty at a dance. He asked her to marry him in July 1959. They married on August 1st of the same year. They moved to El Paso, Texas where he was stationed at the FAA Flight Service. Their first son, John, was born while they were in El Paso. They moved to Alice, Texas in February of 1961. He continued to work for the Flight Service. Cynthia was born in September of 1963 and Scott in June 1966. The family moved to Houston in 1974 where he worked for FAA Flight Service at Hobby Airport.  In June of 1976, they moved to Lubbock, Texas.  John continued to work for Flight Service until he retired in the fall of 1988. After retirement, he delivered flowers for Green Thumb for a time. He has been working for Champion Medical until his death.John had many interests that kept him busy throughout his life. He was active in the Boy Scouts and a leader for a dance troop in Alice. That was the start of his interest. His whole family went to Philmont Boy Scout Camp in New Mexico. He would go to Scout Camporees with a three-year-old Scott. Both his sons were scouts and John was active with the troop. At his death, he was still active as the Advancement Chairman.John was active in the EAA from 1976 until his death. Many years he drove or flew to Oshkosh, Wisconsin to take part in the fly in. Whenever there was a fly in, he would try to go and was Air Boss at several. He was an officer in the Lubbock EAA club. John owned his own plane and enjoyed flying. He received the Safe Flying Award from the club.John was an active member at Westminster Presbyterian Church. He went to Mo Ranch with the youth group and helped build one of the original playgrounds at the church. Many times, at Christmas he helped assemble the living Christmas tree form, worked in the sound booth, ushered, and just about anything that needed doing around the church. He played golf with the Men’s Group. John had a strong faith.One of his biggest interests was his grandchildren and great grandchildren. They loved to hear him tell or read a story. He would lay on the floor and color with them and  loved to put puzzles together with them. They adored him and will miss him very much.Survivors include his wife of 60 years, Elizabeth “Betty” Schmitz; two sons, John, III (Mary Jo) Schmitz of Paige, Texas, and Scott (Tami) Schmitz of New Braunfels, Texas; a daughter, Cynthia Schmitz of Georgetown, Texas; grandchildren, Rachelle (Sam) Galloway, Stephanie (Bryan) Perry, Constance Schmitz-Mousavi, Mary Elizabeth Schmitz, Tyler (Allie) Schmitz, Katie Schmitz, and Spencer (Grace) Schmitz; great-grandchildren, Samantha Galloway, Kayli Perry, Kacey Perry, and Melony Galloway; sister, Penelope (Chuck) Knutson; and sister-in-law, Peggy Foote.Along with his parents, John is preceded in death by his brother-in-law, Herb Foote.