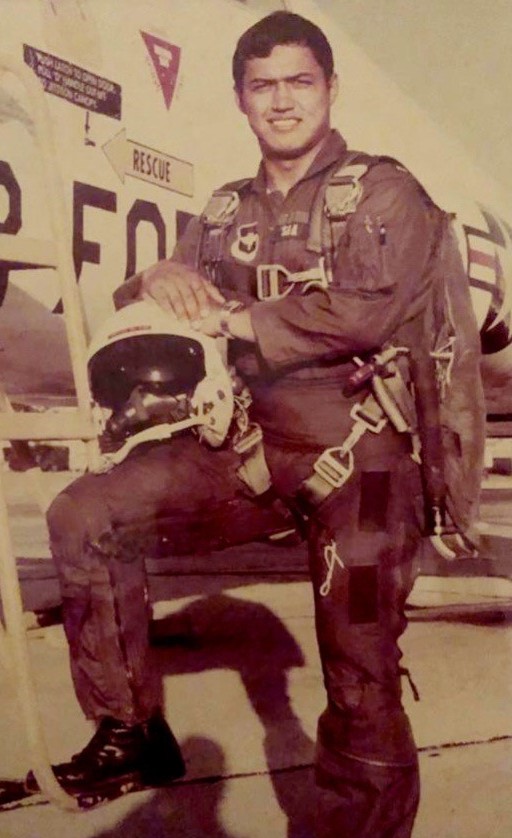 Beloved husband, father, grandfather, brother and pilot, Lt. Col. Enrique “QuiQue” Amador Saa’, USAF (Ret.) went on his final flight and gained his wings on September 5th, 2022. He was surrounded by loved ones when he passed over and entered the Kingdom of Heaven.

Born October 25th, 1952, in Quito, Ecuador, Quique had a love for adventure and flying since early childhood. As a teenager, Quique followed his mother to California as she was pursuing the American Dream. With many obstacles to overcome such as language barriers and economic hardships, Quique persevered and attended the USAF Preparatory School. From there, he gained admission to the United States Air Force Academy, where he graduated with an Engineering degree in the class of the Spirit of ‘76. He served as class president, and was dubbed “El Presidente”. He met his true love, Delphine, while flying B-52s at K.I. Sawyer Air Force Base near Gwinn, Michigan.

Quique and Delphine went on to have many adventures and moves to various places and countries during his 22 years of service in the Air Force. During his tenure he flew the B-52 bomber, T-37 and T-38 aircraft. His assignment to Reese Air Force base in 1994 as an instructor pilot on the T-38 is what brought him and Delphine to the West Texas area. Upon the closure of Reese AFB, Quique had the pleasure of flying the last jet off the runway and soon retired as a Lieutenant Colonel in June of 1998. He proudly served his country, and treasured the lifelong military family they built along the way.

Post retirement, he continued to fly private for a few endearing families in this area. He also continued his passion for aviation through his company, Condor Avionics. He established himself as a soccer coach for his daughter’s teams growing up, and even coached his wife’s indoor soccer team in the 2000s. He continued his pilot legacy with his son, Erick, who is an amazing pilot like his father. Quique was the life of the party and never shy of the dance floor.

His Celebration of Life ceremony will be held on Saturday, October 1st at 11am, at Rock City Church located at 5833 4th street Lubbock, TX 79416. In lieu of flowers, please consider donating to Quique’s favorite causes: the USAFA Wrestling program or the Tunnel to Towers initiative.

His interment details will be announced. They will take place with military honors at the United States Air Force Academy in Colorado Springs, CO.